Installation (photos, video, voting cabin), 2014
https://vimeo.com/kamenstoyanov/compartmentalization
“Nein zur Abschottung” (no to compartmentalization) is an installation about the migration issues, respectively about the right of free movement and work. The title comes from the citizens initiative in Switzerland of the same name
“Nein zur Abschottung”, which was born as a reaction against the initiative of the Swiss Peoples Party „Gegen Mas-seneinwanderung“ (against mass migration). Through circumstances I was asked to produce a photography for an advertisement poster. The image should show, as the legend of the example image I got said , “a wild hairy man in a landscape”.
The subject was a traditional folks dance figure from Bulgaria, which dances annually in the beginning of January in order to drive out the evil. The installation I present is a voting cabin including the photography I had produced as a commission, a video in which I talk about the circumstances of the case in which I had failed. Because of this, in the speech I take the responsibility for the tight negative result of the referendum and give the people the possibility to vote. 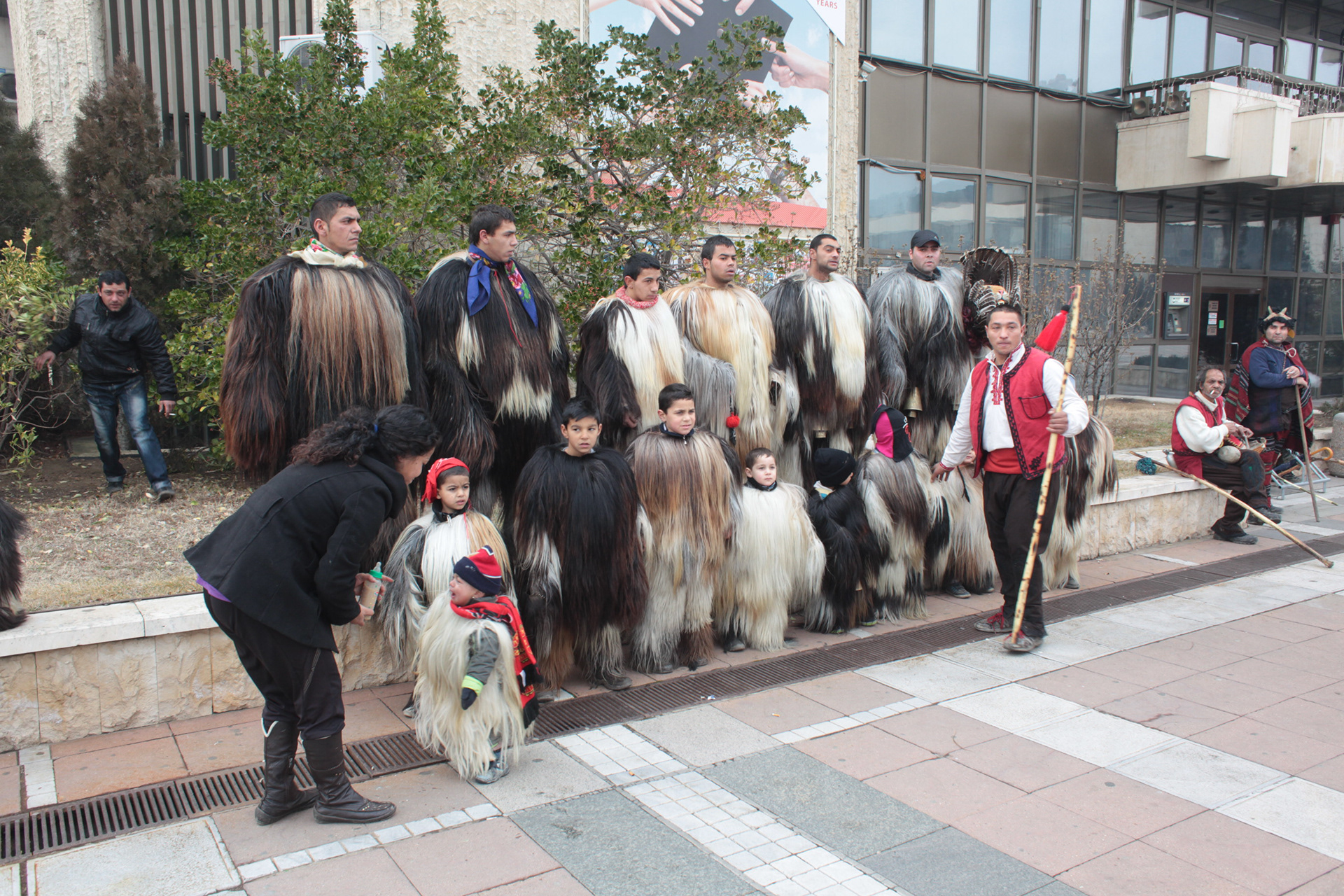 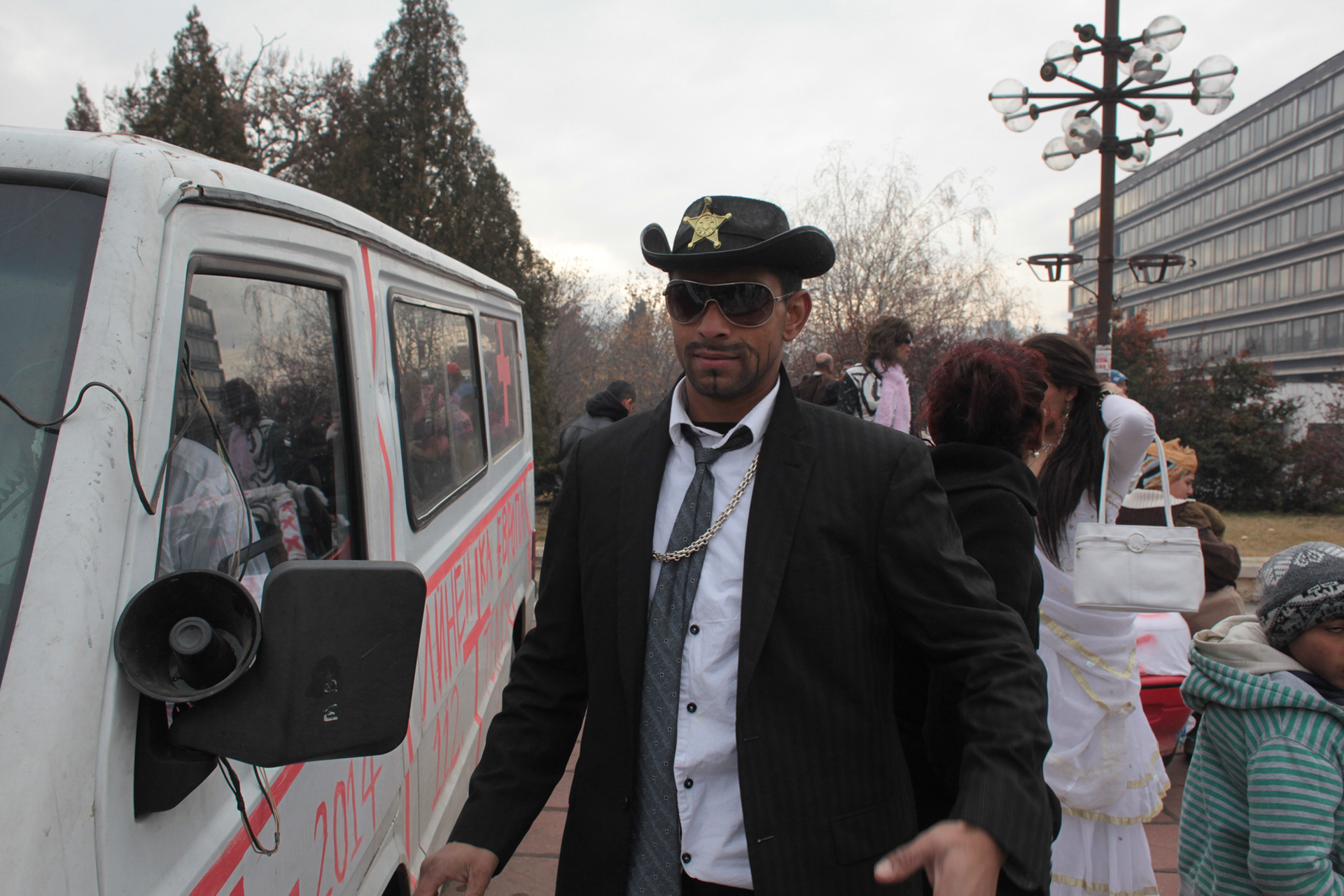