performance at Sofia Art Gallery, 2007
19.27 minutes
Reality is much more beautiful than Fiction was a performance held in the premises of the
Sofia Art Gallery on October 5th. Disrupting the already installed exhibition “Dynamics in the
Dialogue”, a reconstruction of the first exhibition of the gallery in 1977, Kamen Stoyanov set up
a show that was supposed to illustrate the process of creating the relevance of art.
With monitors on a wheelbarrow, he walked into the gallery space and beganto install his work
right next to the classical paintings by Vladimir Dimitrov and Alexander Zhendov. The set up
process was illustrated in the usual steps of preparing an exhibition. Whenever he was done
installing one of the monitors, he wrote selected excerpts of Sol LeWitt’s Manifest of
Conceptual Art on pieces of paper, which he then handed out to his audience.
The interaction with the space of the museum, the installed exhibition and the spectators that
originally had not expected to see Stoyanov’s art in this exhibition, and the confrontation with
the dentity of the artist and the artwork within this setting were in the main interest of the performance.
Kamen Stoyanov questioned the traditional image and its gain of relevance through
being exhibited in an institution like a museum. At the same time he wanted to show the continuing
working process within contemporary art and how the institutional mechanisms are
important for art production by drawing attention to the legitimate resources of the museum. 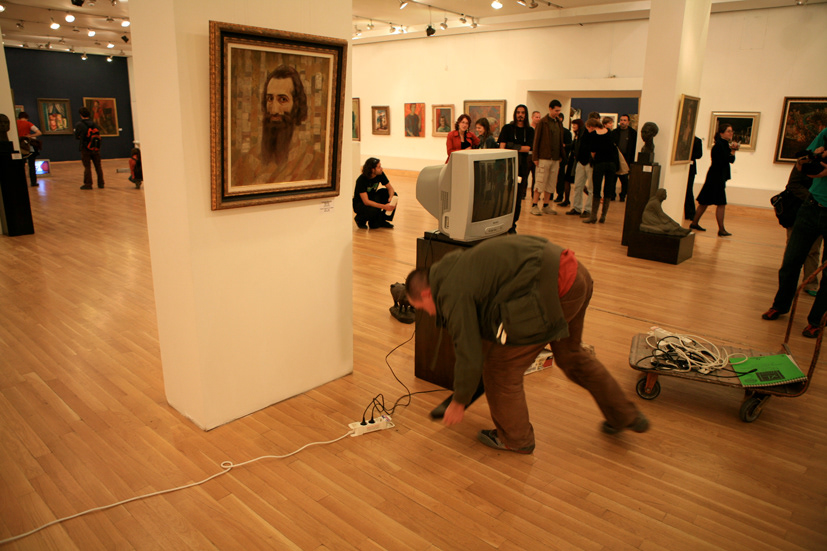 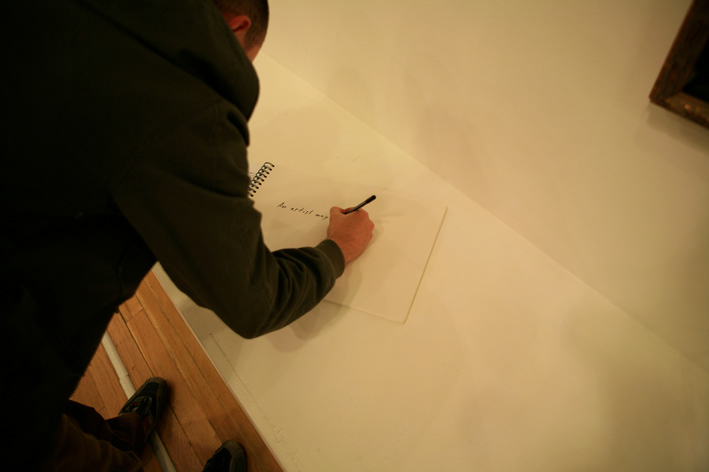 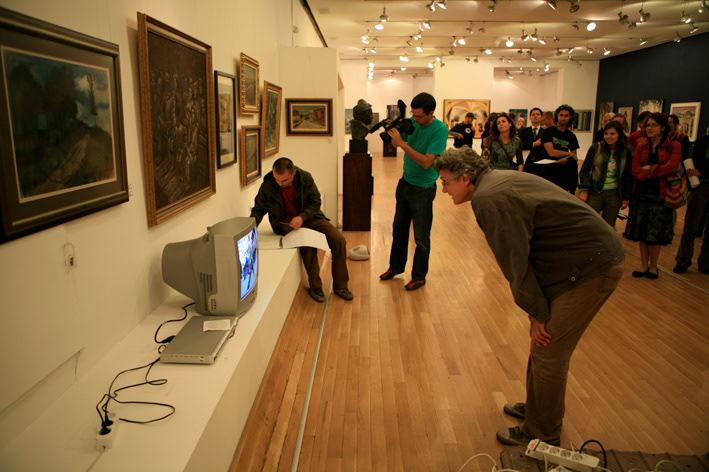 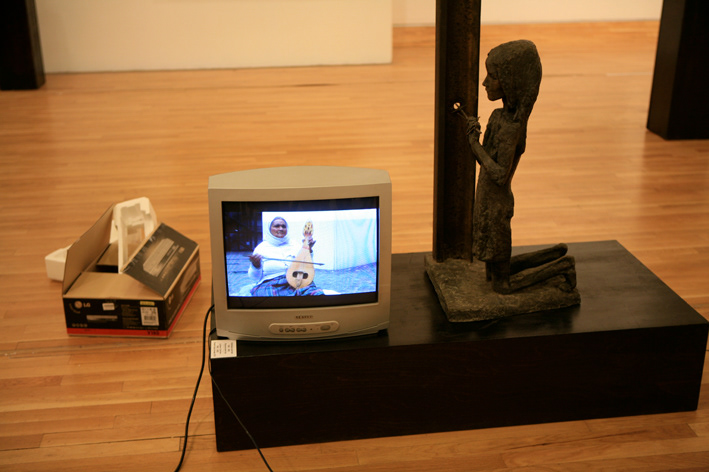 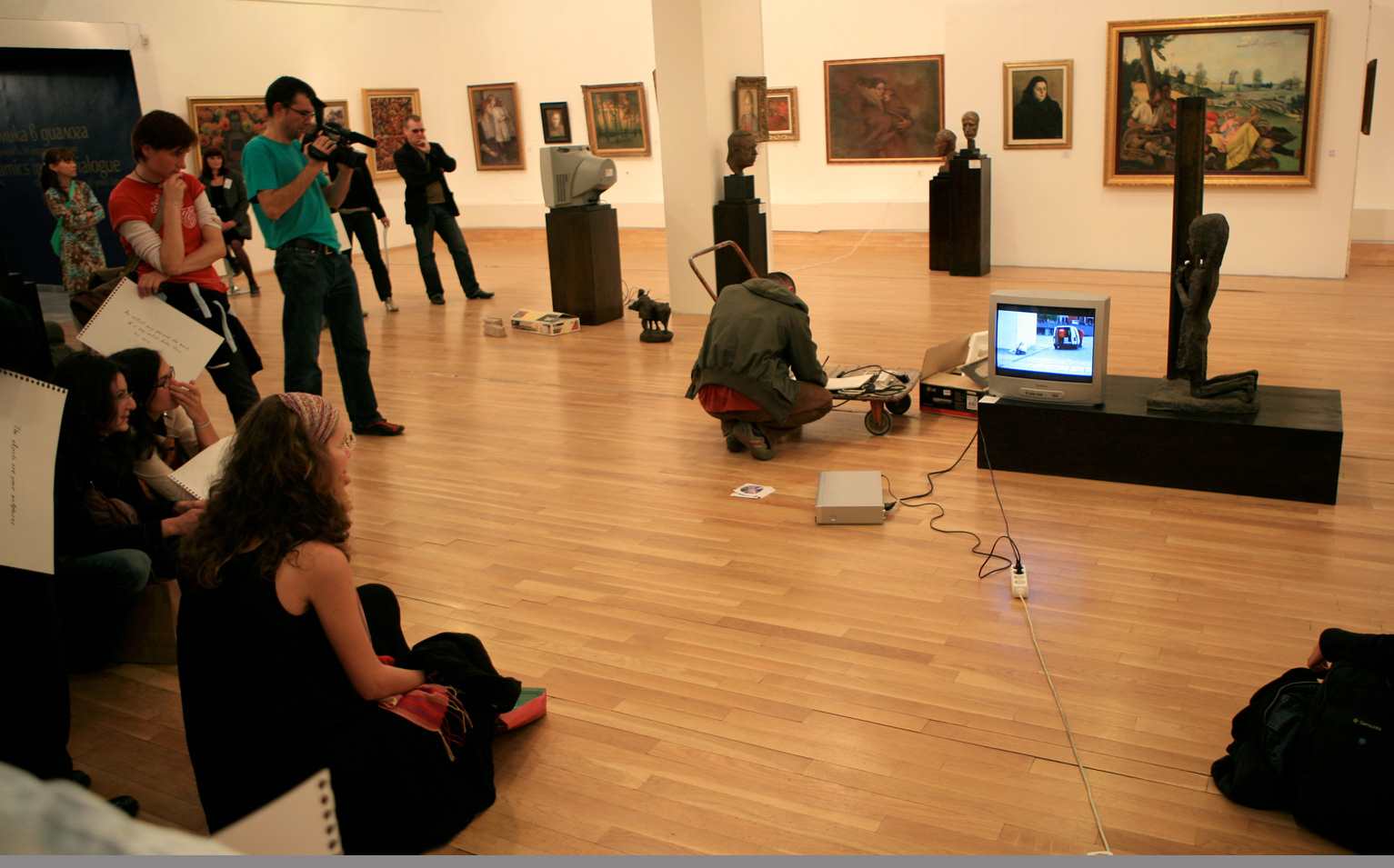