HD video, 5:40 min,  photos, 2016-2018
Kamen Stoyanovs project "Phantasy is more important" deals explicitly with visual uncommon houses and their surroundings. Stoyanov filmed three guest houses in the village Marchevo, Bulgaria, which are designed to be special in order to attract guest. Stoyanov problematizes not only the way, how popular “art” or visual attraction is used for commercial ventures, but also how art is becoming a tool for spectacle. In its extremes, this leads to Disneyfication of former public space, themed environments and highly commercialised space where people mostly have to pay to have access.
Stoyanovs video starts with a close up of a realistic figure of Albert Einstein looking out from a balcony. It should function as an attraction and advertising for the House&SPA Einstein. The silence of the figu-re introduces the stillness which Stoyanov keeps throughout the video. Like a cinematic still live composed by still sequences Stoyanov portraits the houses and its surrounding. The culmination point of the film is a house, which first just appears not being straight. Then, it slowly becomes visible, that the house was built upside down. The roof is on to the ground. Worldwide, there are quite a few houses built upside down, mostly functioning as touristic attraction for paying visitors. The house in Marchevo is the only one the artist has found so far which functions also as a hotel. For the project Stoyanov spent some nights there to produce a series of photographic images from the interior.
Boris Kostadinov 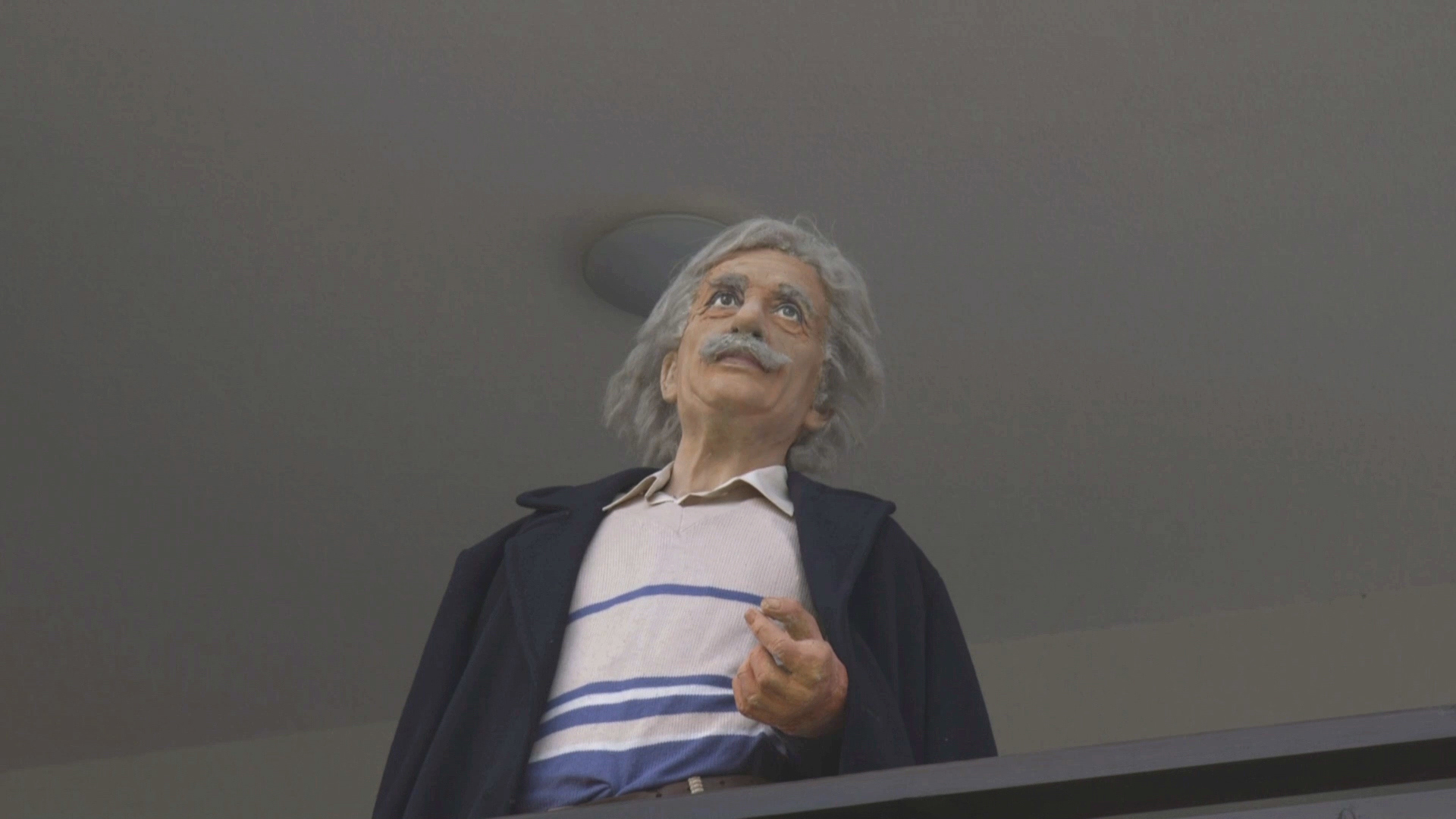 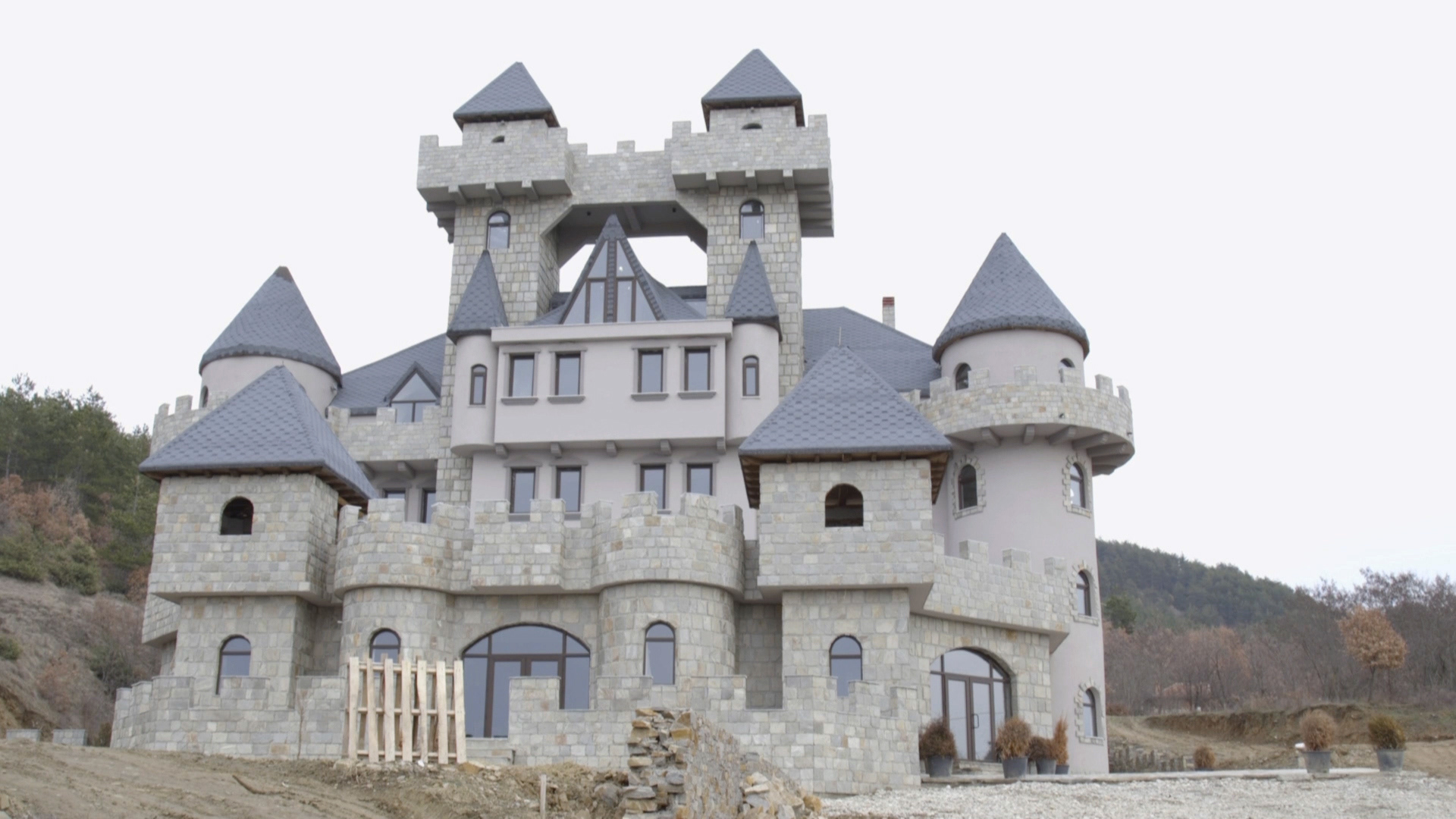 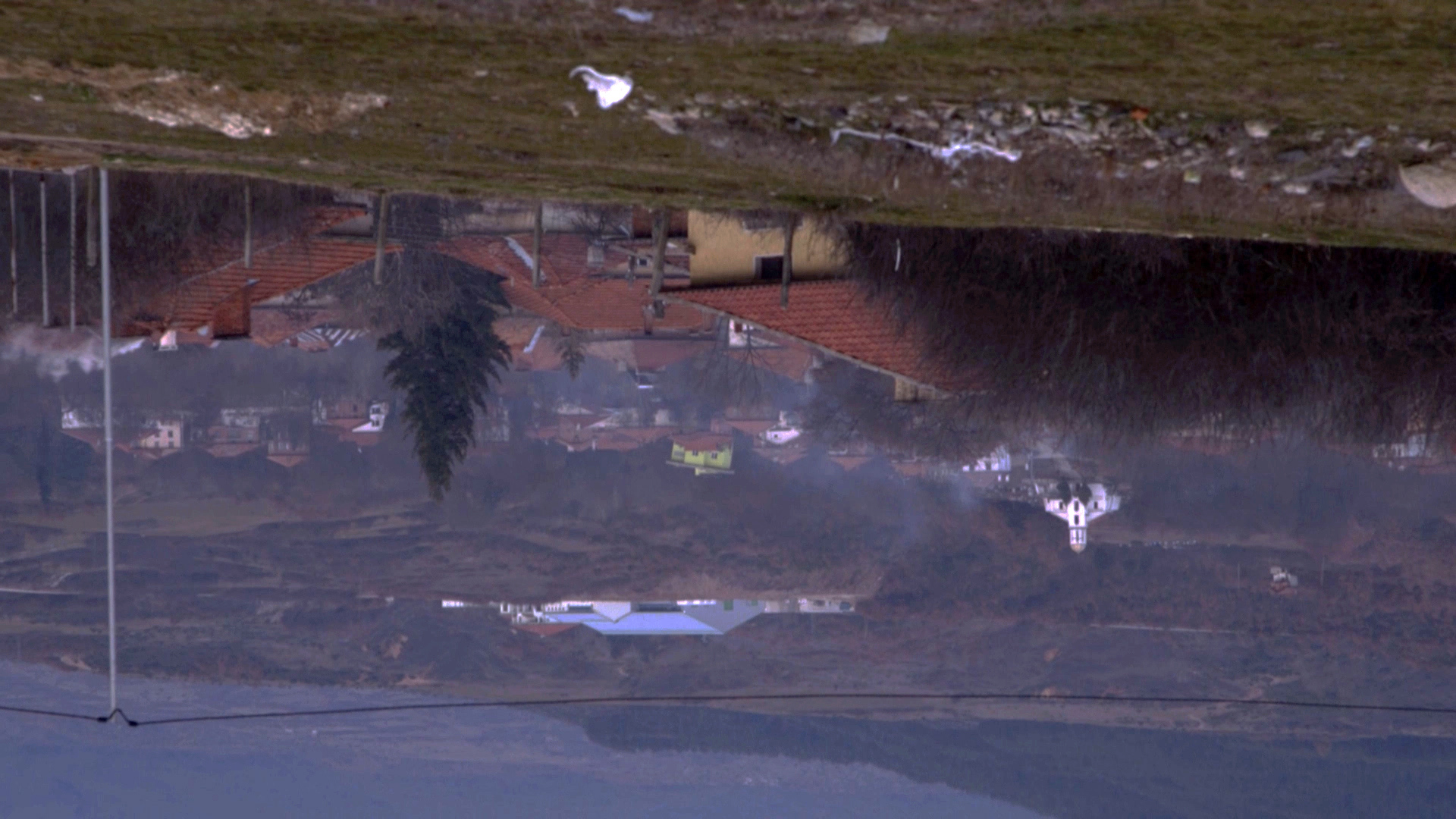 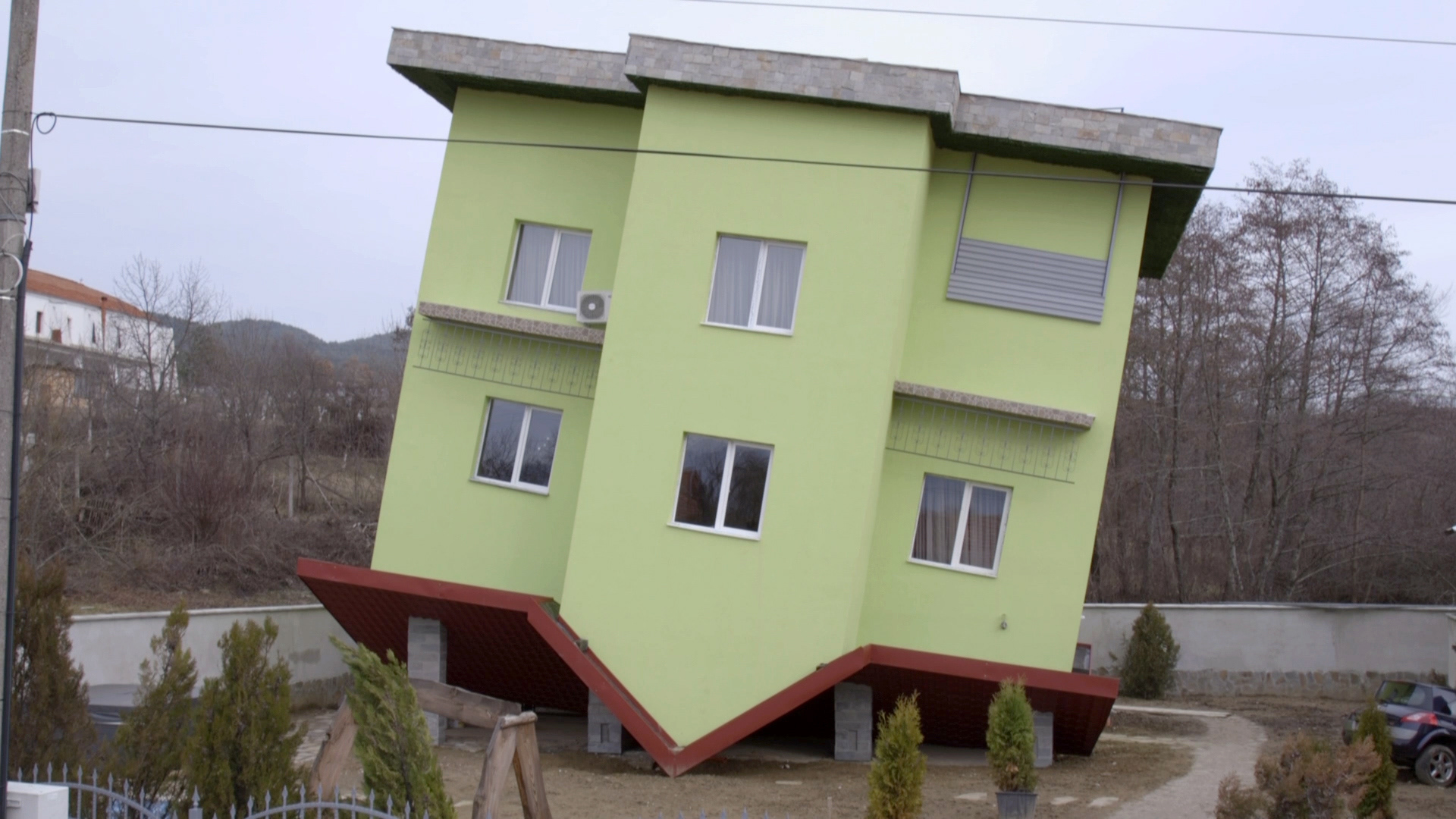 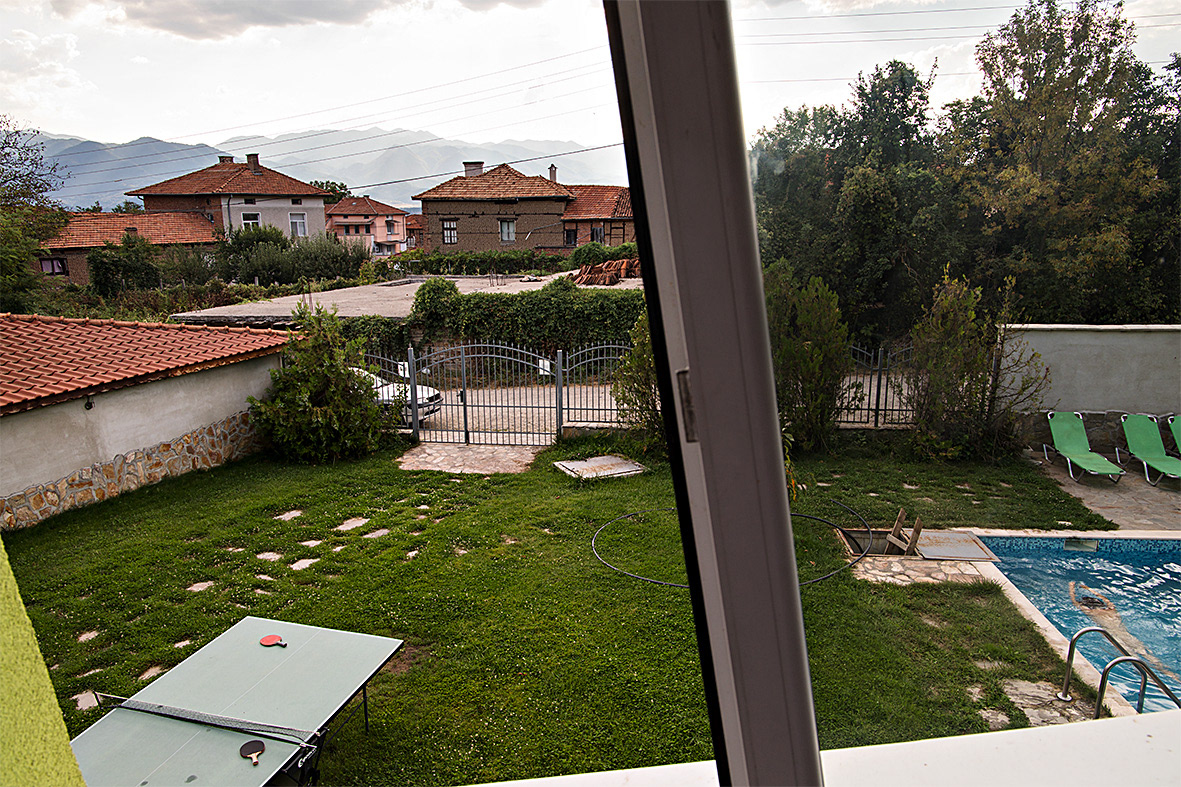 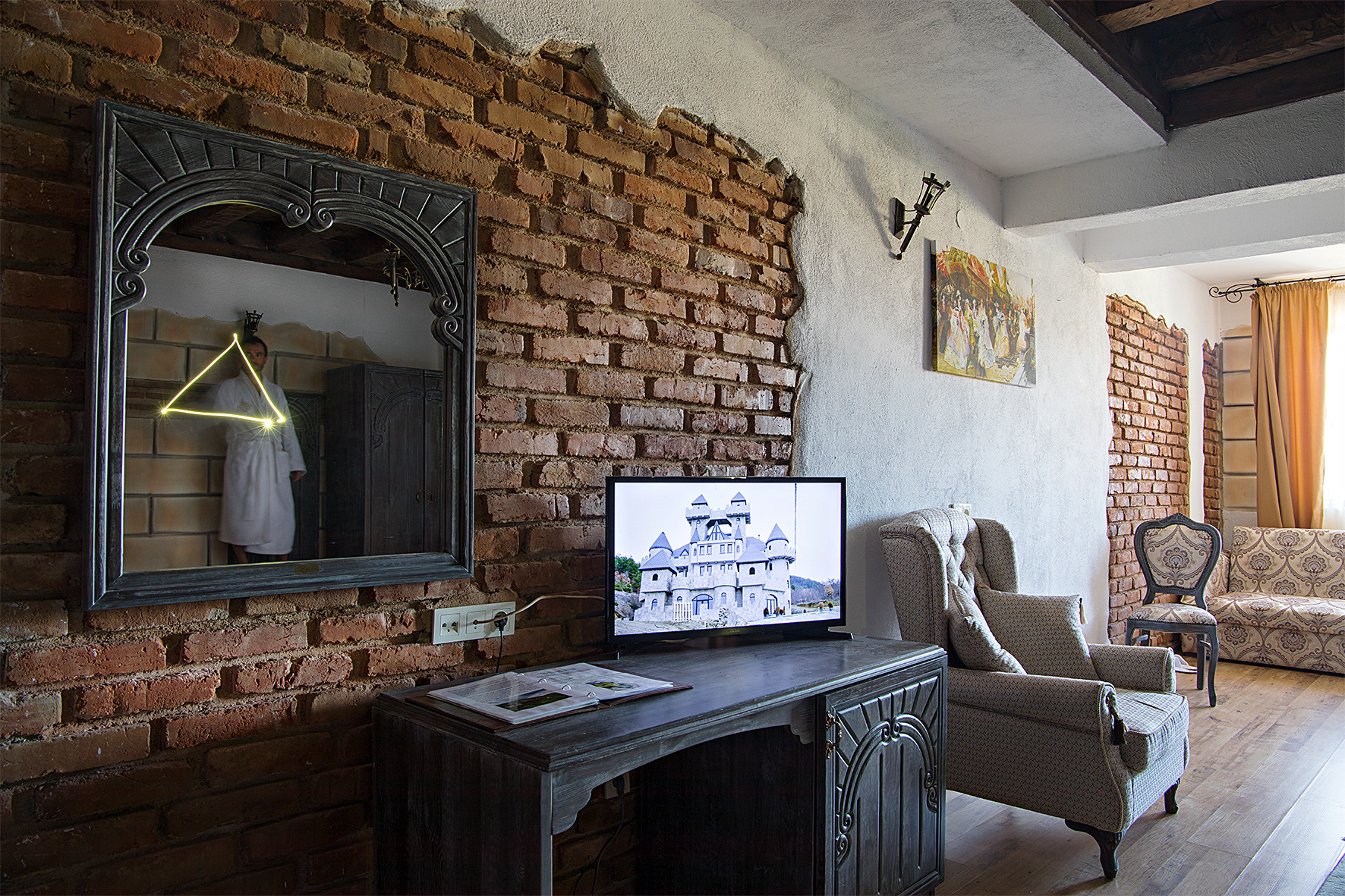 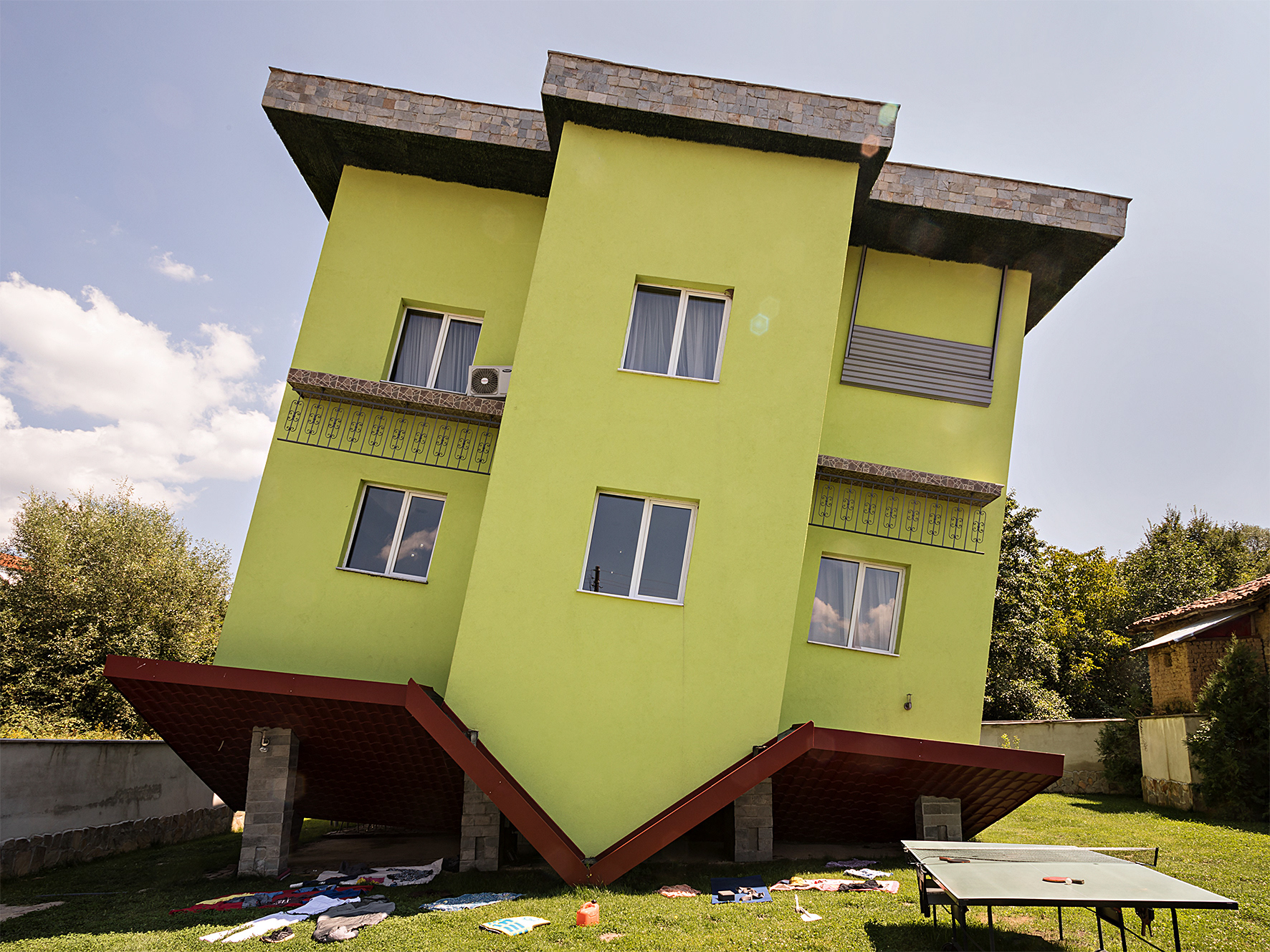