Trailer
Documentary-experimental movie, 27:00 min, 2017
„New Istanbul Dream“ investigates the counstruction site of the New Istanbul Airport. It is the third airport in Istanbul, situated North-West of the city on the Black Sea coast. Before the start of the construction works, the area used to be a home for villagers, animals and vegetation. Now the area is home to Erdogan big dream: the biggest airport of the world. The film shows the transformation from these two types of homelands: from personal to national. This happens in different ways and layers. The films consists of documentary shots showing the changing of the environment through the construction works. A performative layer, based on the traditional Karagöz shadow play structures the movie. This layer opens a space of an imaginary and activist movement.
The sound includes recordings from the construction site and the surrounding area, as well as a questionary of the IGA (Istanbul Grand Airport company) , which is answered by an inhabitant of the village Akpinar an. There are also records from people from the villages around the airport talking about their dreams and wishes connected to their home. The movie ends with a special adaptation of a popular song by a lokal turkish band in the setting of the airport. 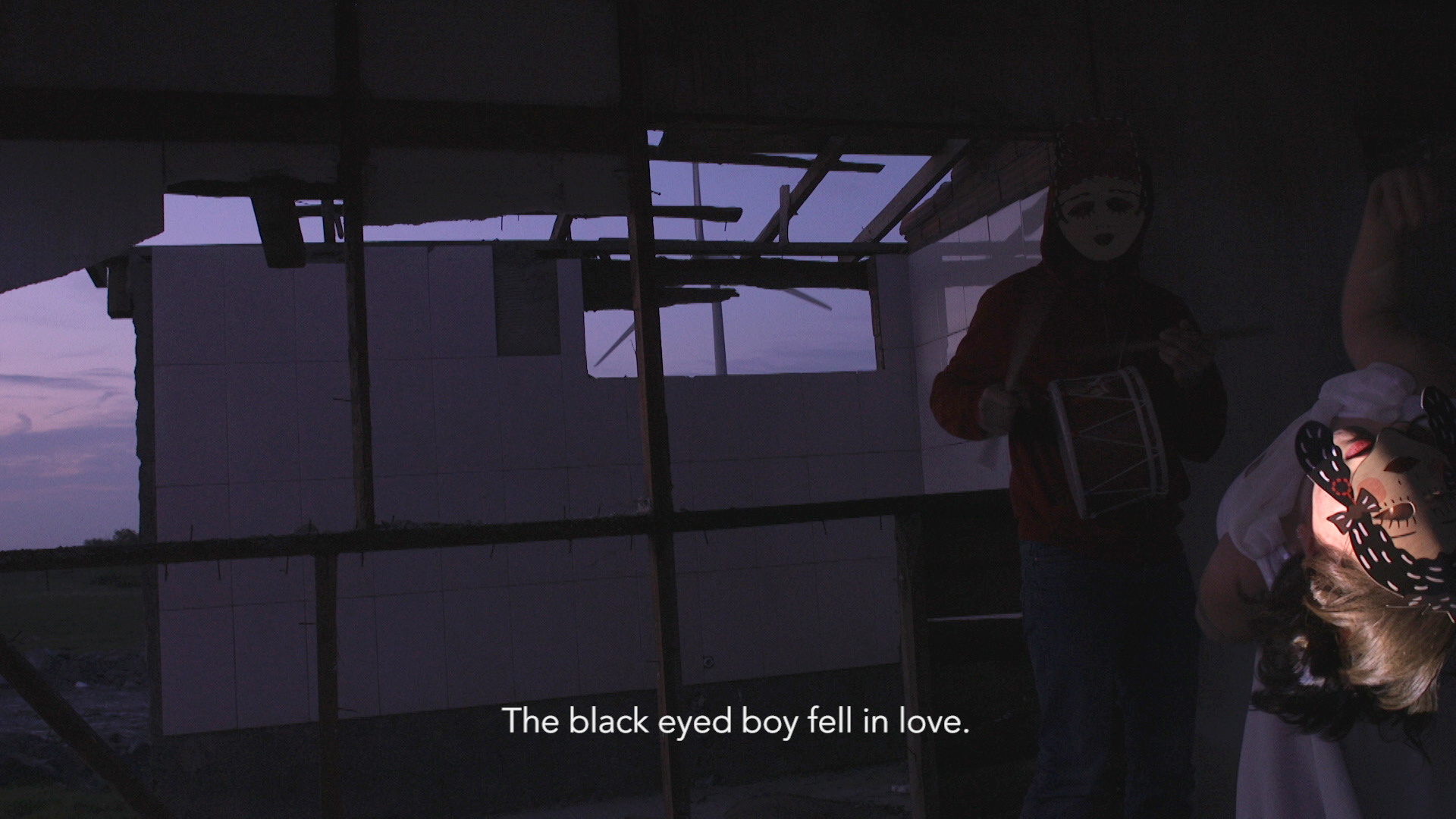 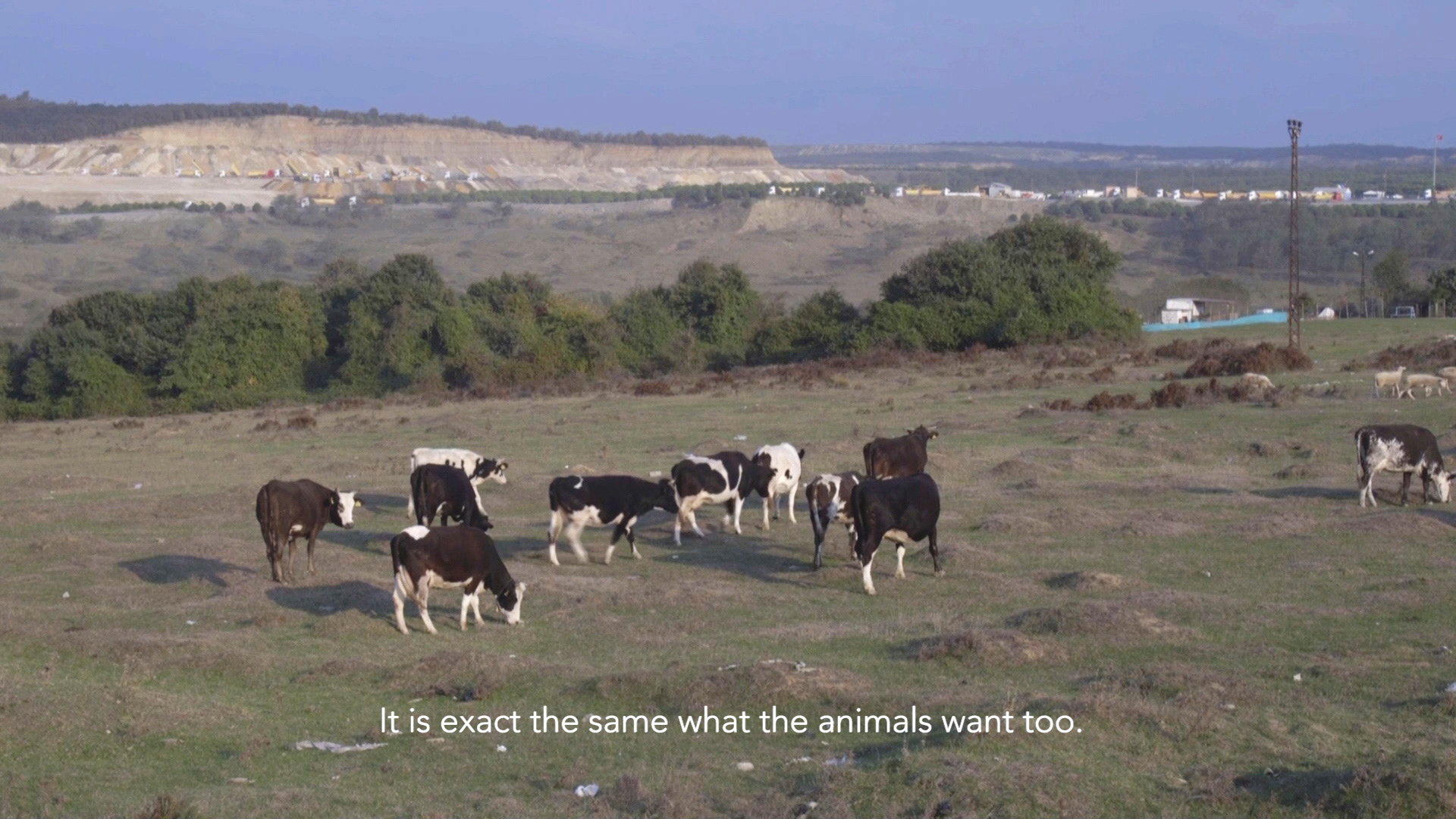 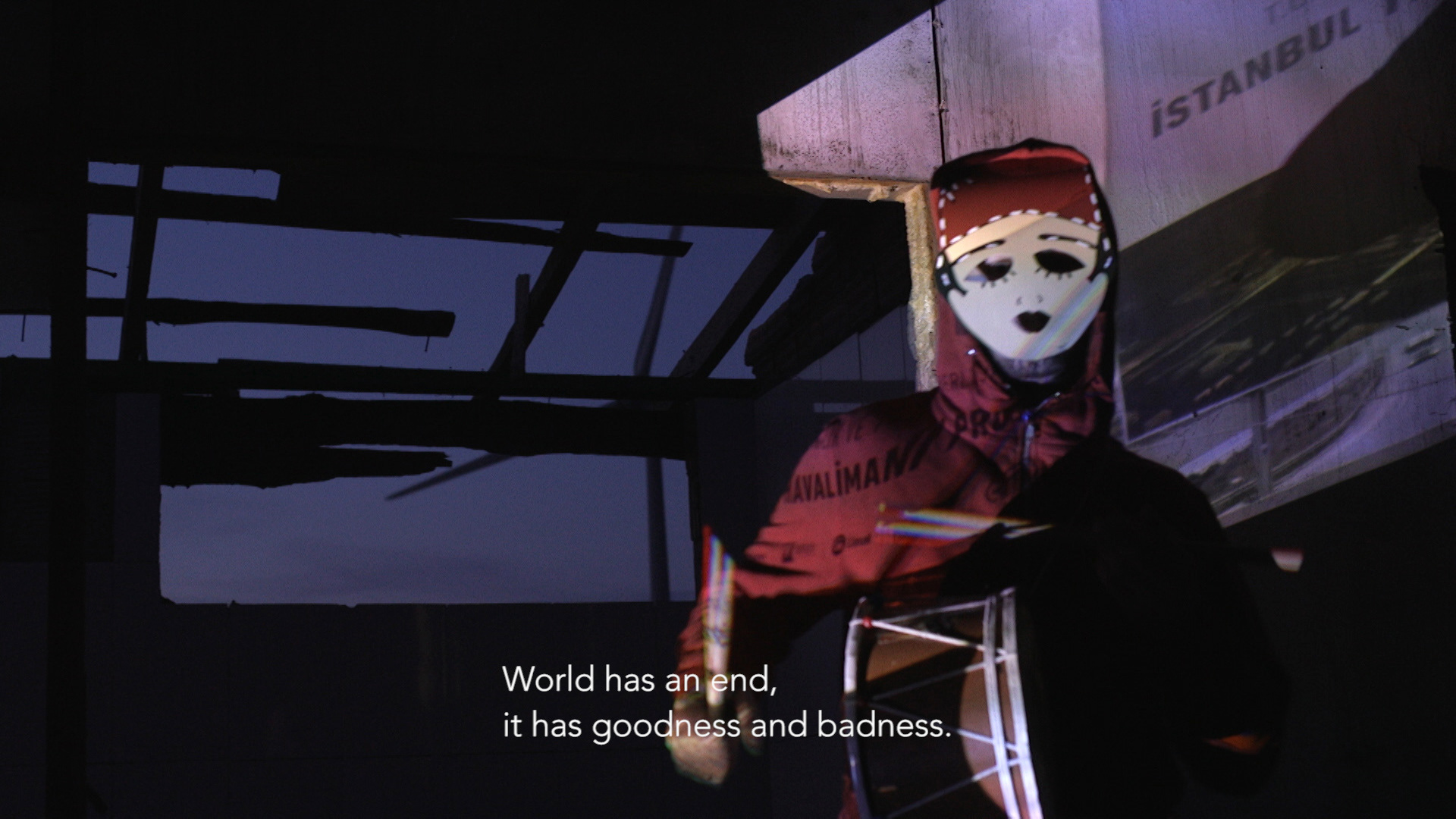 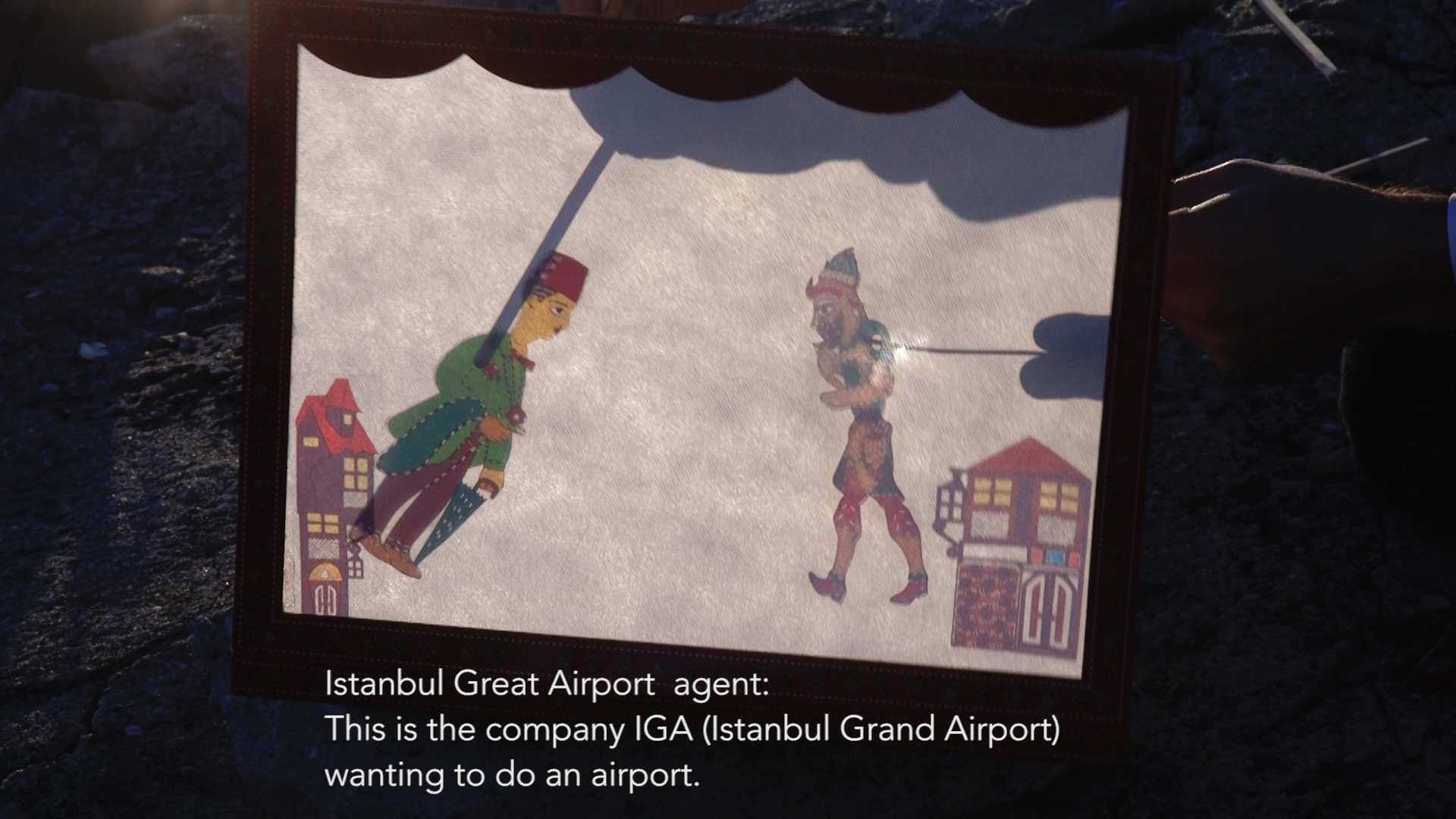